It would be difficult to think of two artists who appear to have less in common than Bob Ross and Banksy. One of them creates art by pulling provocative stunts, often illegal, under the cover of anonymity; the other did it by painting innocuous landscapes on public television, spending a decade as one of its most recognizable personalities. But game recognize game, as they say, in popular art as in other fields of human endeavor. In the video above, Banksy pays tribute to Ross by layering narration from an episode of The Joy of Painting over the creation of his latest spray paint strike, Create Escape: an image of Oscar Wilde, typewriter and all, breaking out jail — on the actual exterior wall of the decommissioned HM Prison Reading.

“The expansive and unblemished prison wall was a daring and perfect spot for a Banksy piece,” writes Colossal’s Christopher Jobson. “It’s best known for its most famous inmate: Oscar Wilde served two years in the prison from 1895-1897 for the charge of ‘gross indecency’ for being gay.” This experience resulted in the poem The Ballad of Reading Gaol, which we’ve previously featured here on Open Culture as read by Wilde himself.

Where Wilde converted his misfortune into verbal art, Banksy references it to make a visual statement of characteristic brazenness and ambiguity. As with most of his recent pieces, Create Escape has clearly been designed to be seen not just by passersby in Reading, but by the whole world online, which The Joy of Painting with Bob Ross & Banksy should ensure.

“I thought we’d just do a very warm little scene that makes you feel good,” says Ross in voiceover. But what we see are the hands of a miner’s-helmeted Banksy, presumably, preparing his spray cans and putting up his stencil of Wilde in an inmate’s uniform. “Little bit of white,” says Ross as a streak of that color is applied to the prison wall. “That ought to lighten it just a little.” In fact, every sample of Ross’ narration reflects the action, as when he urges thought “about shape and form and how you want the limbs to look,” or when he tells us that “a nice light area between the darks, it separates, makes everything really stand out and look good.” With his signature high-contrast style, Banksy could hardly deny it, and he would seem also to share Ross’ feeling that in painting, “I can create the kind of world that I want to see, and that I want to be part of.”

Banksy Strikes Again in London & Urges Everyone to Wear Masks

Banksy Debuts His COVID-19 Art Project: Good to See That He Has TP at Home

Based in Seoul, Colin Marshall writes and broadcasts on cities, language, and culture. His projects include the Substack newsletter Books on Cities, the book The Stateless City: a Walk through 21st-Century Los Angeles and the video series The City in Cinema. Follow him on Twitter at @colinmarshall or on Facebook.

<i>The Joy of Painting with Bob Ross & Banksy</i>: Watch Banksy Paint a Mural on the Jail That Once Housed Oscar Wilde is a post from: Open Culture. Follow us on Facebook, Twitter, and Google Plus, or get our Daily Email. And don’t miss our big collections of Free Online Courses, Free Online Movies, Free eBooks, Free Audio Books, Free Foreign Language Lessons, and MOOCs.

Morning Stretches to Help You Wake Up 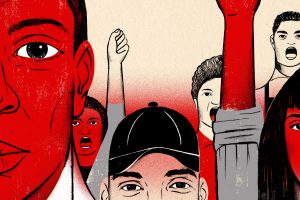 How Hourly Workers Are Securing Better Pay and Benefits | Time 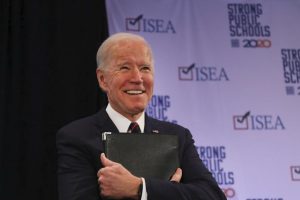