The Duke and Duchess of Cambridge are ‘very involved’ with Prince George and Princess Charlotte’s homeschooling routine at Anmer Hall, a royal expert has claimed.

Prince William, 38, and Kate Middleton, 39, are currently spending lockdown at their Norfolk residence with their children Prince George, seven, and Princess Charlotte, five, as well as two-year-old son Prince Louis.

The eldest two Cambridge children ordinarily attend the prestigious Thomas’ Battersea, where school fees are up to £7,000 per term.

Royal expert Katie Nicholl has now revealed how the royals are determined to keep their children learning practical skills amid the Covid-19 crisis, telling Okay! magazine: ‘Kate is aware of screen time and tries to limit the children being exposed to too much. When the children have a break, she takes them outside, come rain or shine.’

The Duke and Duchess of Cambridge are ‘very involved’ with Prince George and Princess Charlotte’s homeschooling routine at Anmer Hall, a royal expert has claimed

While the family do have the help of their nanny Maria Teresa Turrion Barrallo, Katie  explained that Kate and William are ‘very involved’ in the children’s schooling at home.

She said both Prince George and Princess Charlotte are ‘studious and love to learn.’

While the royal expert said the children are ‘pretty self-sufficient’ when it comes to online learning, the Duke and Duchess are keen to get their children outside into the garden to explore the outdoors world.

She explained Kate ‘wants them to get fresh air and be in nature’, and the royal couple ‘try to incorporate learning’ while out on family walks.

She added: ‘Charlotte is a massive fan of spiders and loves looking at them and learning about them, so they go on spider hunts so that she can see them up close and then let them go.’

And it’s not just geography lessons that the Duke and Duchess are keen on teaching their children.

The royal expert said Kate ‘loves to paint’ with the children and ‘isn’t afraid’ for her children to ‘get messy with it.’

William and Kate previously admitted to finding it ‘challenging’ to teach their three children – whom they said had ‘got such stamina’.

Meanwhile the royal expert said Princess Charlotte is ‘a  big fan of spiders’ and the family often enjoy ‘spider hunts’ at lunchtime out in the garden, come rain or shine

The couple even ‘kept it going’ through the Easter holidays without telling them, with Kate admitting: ‘I feel very mean. The children have got such stamina, I don’t know how.

‘Honestly, you get to the end of the day and you write down the list of all the things that you’ve done in that day.’

She added: ‘It’s just having that bit of structure actually. And it’s great, there’s so many great tips online and fun activities that you can do with the children, so it hasn’t been all hardcore.’

A source in April claimed Kate ‘led’ the homeschooling efforts of the eldest two, while organising playtime for two-year-old Louis every day, while her husband also ‘rolled his sleeves up’ to help out.

Meanwhile arty Kate is ‘not afraid for her children  to get messy’ during arts and crafts sessions during homeschooling (pictured, Prince Louis)

They added that the Duke and Duchess found the experience ‘hugely rewarding’.

In July William admitted his patience was tested while homeschooling and he struggled to teach Year 2 maths.

Speaking on BBC Radio 5Live’s That Peter Crouch podcast, which was recorded partially via Zoom and partially at Kensington Palace in March, the heir said: ‘I’ve found it pretty testing, not going to lie, trying to keep the children engaged in some kind of work, it’s been an interesting few months.’

He added: ‘I’ve learned through homeschooling that my patience is a lot shorter than I thought it was, that’s probably been the biggest eye opener for me, and that my wife has super patience.

Prince William revealed his patience was tested while homeschooling his children in the first lockdown, and that he struggled to teach Year 2 maths. He is pictured, right, in September 2019 with Princess Charlotte (left), Kate (second left) and Prince George (second right) as the royal children attended their first day of school for the year

‘Basically we’re a good team tag session, I come in with the children and try and get them to do something and Catherine comes in when frankly everything has gone wrong.

‘I have to admit I’m a bit embarrassed about my maths knowledge, I can’t do Year 2 maths.’

While the Duchess of Cambridge studied maths to A-level, William hasn’t pursued the subject since his GCSEs at Eton.

Royal expert Victoria Arbiter said the couple saw lockdown as ‘a rare gift’ because royal children are usually ‘unavoidably denied the privilege of prolonged time with their parents’.

She commented that the combination of Kate’s focus on early years education and the Middleton’s ‘nurturing presence’, alongside Prince William’s focus on mental well being and the Windsor traditions, would lead the Cambridge children ‘to be the most well-adjusted generation the royals have ever known’.

By posting your comment you agree to our house rules.

Your comment will be posted to MailOnline as usual. 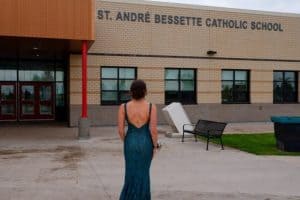 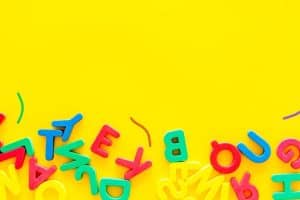 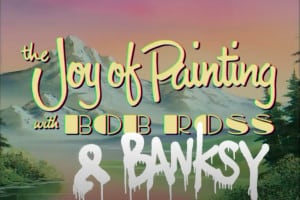